With a long list of programs and public health initiatives, the last place you would expect is suffering from a rather large problem with dental health. Kids in British Columbia, aged four to six, are experiencing at least some form of tooth decay. This problem is transcending social class, with kids in more affluent neighbourhoods suffering from the same problem.

How do we know this? Since 2006, the B.C. provincial government has been compiling visual data on dental health from close to 450 neighbourhoods and 35,000 kindergarten-aged children per compilation. What was discovered was shocking. Brenda Poon, a faculty member at the University of British Columbia found that almost 50% of children in neighbourhoods with lower than average incomes had some form of tooth decay. The more interesting part is that the case looks similar in richer neighbourhoods as well, with close to 30% of children showing evidence of tooth decay. The evidence of tooth decay manifests itself in stripped enamel, broken or fractured teeth or fillings, and general evidence of decay that eventually leads to cavity formation.

From 2006 to 2007, only 2.2% fewer kids were identified with signs of tooth decay across the B.C. area. This data was collected in the same time period as the preliminary study. In regions like Fraser Health, swaths like Burnaby had decay rates increase to between 10% and 35%!

Although not in the same ballpark, it is with much sadness to say that New Westminster ranks among the other concerning areas in terms of rates of child tooth decay. Luckily enough, there are some great platforms for the government to push new education initiatives forward for children and parents. These include using public schools, educating children on the dangers of sugary foods and beverages, giving kids more access to healthier foods options, and educating parents so that they know exactly how to take care of their newborn’s dental health. This includes regular dental checkups.

Furthermore, the province has a few subsidy options for lower income families to take advantage of. One of these is the BC Healthy Kids Program, which covers up to $1400 for children’s basic dental services every two years (for those eligible for the program). Knowing what is out there and how families can take advantage, coupled with these new initiatives, is exactly what will allow New Westminster children to enjoy better dental health and lower their rates of decay.

If you are at all concerned that your young child might have some form of tooth decay, please make an appointment with Dr. Sachdeva in New Westminster as soon as possible. The sooner any problem can be assessed, the better.

Not sure Sapperton Dental Clinic is right for you? Read our reviews on Google here 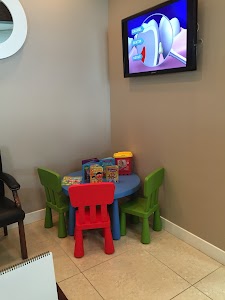 Andrew Lyons
22:27 07 Mar 18
By far the most pleasant dental experience of my life. I had to get two fillings done (top and bottom molars) in one sitting which normally would be like pulling teeth (pun intended). Sandeep and his team put my mind at ease and I was in and out in less than 45 minutes and I am now 100% pain free. Thank you Sapperton Dental for the excellent dental experience!

Deb Hirkala
19:01 11 Sep 17
I just found this place through searching on the web for a dentist close by my new place and went off the glowing reviews. I have since been twice. The first time was a thorough exam, X-rays, cleaning and four small fillings filled. I really appreciated having no freezing necessary and the treatment was pain-free. I had one of the brothers advise him grafts for my sensitive and receding gums. I will probably get that done in the new year. Today was part one of a two-part crown procedure. Dr. Sarika is very pleasant and describes everything she is doing as she goes. I appreciated being given an Atavin for my nervousness about the procedure. I love these guys and can certainly understand why a lot of their Langley clients followed them to anew Westminster. Feeling blessed to have them do close!

Daniel Loney
03:17 03 Sep 17
I had already reviewed this place but after going again I notice some bad review being posted that just sounded complete off. So I'm going to do my best to out right discredit them. For ONE, I and a few others that are "Local Google Guides" have reviewed this office and it's outstanding. Two, the last few negative reviews are from individuals that have little to No previous reviews. Three, the last 2 bad reviews are oddly enough poised only in a way to repel people. Not worn. Four, the family that owns, runs and works in this office. Are some of the most sweet and kind people I know. They are good to their staff and just as good to their clients. They know me by name and face. Remember my kids, wife's and even parents names and care to ask how they are all doing. This Office is an example to how business should be ran and I'll be damned if I stand by and let shady people discredit them and their hard work. My name is Daniel Loney, I have no ownership in this business and was not paid or asked to write this review in any way. I work for, own and manage a number of companies that have no direct involvement with this company. If you agree with what I have said please like this post. It helps honest people with honest jobs who work yard like you and I. PS. I'm sure I spelled or got my grammar wrong somewhere.

Jennifer Kernohan
18:59 20 Sep 17
I stopped in quickly because i had a very sore area in my gum. Immediately Dr. Sandeep Sachdeva applied some numbing agent to it and gave me some stuff to take home to rub on at home. I didn't have an appointment or anything. Thank you for seeing me so quickly! Looking forward to eating icecream, and coming back for a cleaning! You've gained a new patient. Looking forward to bringing in the whole family.

Kitten Katherina
20:35 18 Oct 17
Thank you Sapperton Dental Clinic for helping me with my toothache. I can honestly say the pain is gone and I just had the best sleep I had in years.
See All Reviews
Scroll to top